How calm white fluffy clouds, they drift and float through. Like passing thoughts. A cloud passes by freely through the sky. 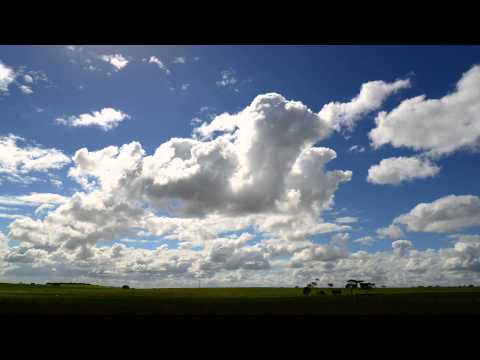