Buddhism
See also: Presectarian Buddhism, Buddhist meditation, and Subitism
According to Oliver, Buddhism is mystical in the sense that it aims at the identification of the true nature of our self, and live according to it.[94] Buddhism originated in India, sometime between the 6th and 4th centuries BCE, but is now mostly practiced in other countries, where it developed into a number of traditions, the main ones being Therevada, >Mahayana, and Vajrayana.

Buddhism aims at liberation from the cycle of rebirth by self-control through meditation and morally just behaviour. Some Buddhist paths aim at a gradual development and transformation of the personality toward Nirvana, like the Theravada stages of enlightenment. Others, like the Japanese Rinzai Zen tradition, emphasize sudden insight, but nevertheless also prescribe intensive training, including meditation and self-restraint.

Although Theravada does not acknowledge the existence of a theistic Absolute, it does postulate Nirvana as a transcendent reality which may be attained.[95][96] It further stresses transformation of the personality through meditative practice, self-restraint, and morally just behaviour.[95] According to Richard H. Jones, Theravada is a form of mindful extrovertive and introvertive mysticism, in which the conceptual structuring of experiences is weakened, and the ordinary sense of self is weakened.[97] It is best known in the west from the Vipassana movement, a number of branches of modern Theravāda Buddhism from Burma, Laos, Thailand and Sri Lanka, and includes contemporary American Buddhist teachers such as Joseph Goldstein and Jack Kornfield.

The Yogacara school of Mahayana investigates the workings of the mind, stating that only the mind[98] (citta-mātra) or the representations we cognize (vijñapti-mātra),[99][note 20] really exist.[98][100][99] In later Buddhist Mahayana thought, which took an idealistic turn,[note 21] the unmodified mind came to be seen as a pure consciousness, from which everything arises.[note 22] Vijñapti-mātra, coupled with Buddha-nature or tathagatagarba, has been an influential concept in the subsequent development of Mahayana Buddhism, not only in India, but also in China and Tibet, most notable in the Chán (Zen) and Dzogchen traditions.

Chinese and Japanese Zen is grounded on the Chinese understanding of the Buddha-nature as one true's essence, and the Two truths doctrine as a polarity between relative and Absolute reality.[103][104] Zen aims at insight one's true nature, or Buddha-nature, thereby manifesting Absolute reality in the relative reality.[105] In Soto, this Buddha-nature is regarded to be ever-present, and shikan-taza, sitting meditation, is the expression of the already existing Buddhahood.[104] Rinzai-zen emphasises the need for a break-through insight in this Buddha-nature,[104] but also stresses that further practice is needed to deepen the insight and to express it in daily life,[106][107][108][109] as expressed in the Three mysterious Gates, the Four Ways of Knowing of Hakuin,[110] and the Ten Ox-Herding Pictures.[111] The Japanese Zen-scholar D.T. Suzuki noted similarities between Zen-Buddhism and Christian mysticism, especially meister Eckhart.[112]

The Tibetan Vajrayana tradition is based on Madhyamaka philosophy and Tantra.[113] In deity yoga, visualizations of deities are eventually dissolved, to realize the inherent emptiness of every-'thing' that exists.[114] Dzogchen, which is being taught in both the Tibetan buddhist Nyingma school and the Bön tradition,[115][116] focuses on direct insight into our real nature. It holds that "mind-nature" is manifested when one is enlightened,[117] being nonconceptually aware (rigpa, "open presence") of one's nature,[115] "a recognition of one's beginningless nature."[118] Mahamudra has similarities with Dzogchen, emphasizing the meditational approach to insight and liberation.

It would seem there are many who have some kind of mystical experience, often during meditation but also out of the blue eg walking up the road and wham everything falling into place and just as quickly it falls back out again... 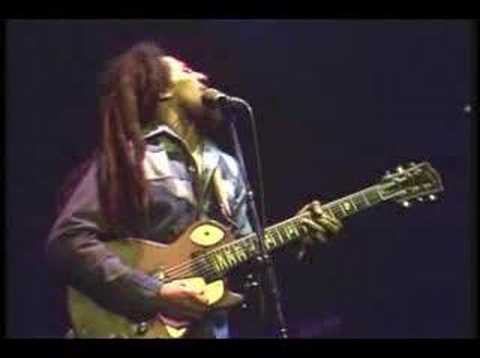 How many here have had a mystical experience of the third eye kind ? ( and lived to tell the tale ) Has having such an experience changed you for the better ? ( improved one's quality of life in some way)

Or have such experiences become part of the norm...? ie, nothing special ...nothing to write home about

Bearing in mind ( pun intended) the Mind does have a habit of playing mind games with its owner/occupier ...

"The most essential method which includes all other methods is to behold the Mind...The Mind is the root from which all things grow...If one can understand the Mind...Everything else is included" ( I guess this would include the mystical