Noetic Science. Was the Buddha an early exemplar? 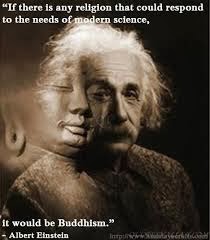 As we know subjective revelation of our experience of being is the Middle Way.
I find the Buddha dharma can be verified. Dharma works logically and in a variety of other ways.

Iz we Mind Scientists? I think that is better than regional religion and philosophy?
https://dharmasun.org/courses/buddhistscience/