NewBuddhist› Discussions› Best Of
Sign In · Register
Welcome home! Please contact lincoln@newbuddhist.com if you have any difficulty logging in or using the site. New registrations must be manually approved which may take up to 48 hours. Can't log in? Try clearing your browser's cookies.

"The Buddha's teaching of the Dharma is based on two truths: a truth of worldly convention and an ultimate truth.
Those who do not understand the distinction drawn between these two truths do not understand the Buddha's profound truth.
Without a foundation in the conventional truth the significance of the ultimate cannot be taught. Without understanding the significance of the ultimate, liberation is not achieved."

Re: Meditations on compassion

People I really admire are the Zen Peacemakers, they do such good work. Here in the Netherlands they give out blankets to the homeless, they do initiatives such as bearing witness at the open-air concentration camp museum. They really do show compassion and not the type you can walk all over. These are real things, things you can point to.

Sometimes bearing witness to difficult things is all you can do. The concentration camp museums are a good case in point. When you suffer a lot personally you can go wild and start making very poor life choices, so it is good to go slow, get used to a range of feelings and develop your wellsprings of compassion alongside your suffering.

Compassion and suffering go hand in hand. When you’ve seen difficult times, you are more likely to sympathise with others, and so there is a kind of fellowship among those who have suffered.

I wanted to talk a little more about renunciation and my family’s history with Osho. When I was seven, my mother and father and me got on a plane to India to see Bhagwan Shree Rajneesh, as he was then known. We were walking around in orange clothes, with mala’s around our necks, when we went to see him with the three of us at a public darshan. It was a lovely three months, I spent much time in the gardens of the ashram climbing trees and reading my stack of comic books.

It was an interesting time. My father and mother ran a meditation centre for a while, and eventually separated. My father gave up his job, and we joined a commune in the forests in the heart of the Netherlands. It was a radical step at the time, leaving all ambition and worldly possessions behind. I think I had two small suitcases, one with toys and one with clothes, and that was it. My father had trained as a software engineer at a Technical University here, so he had a decent job within the commune and options outside it if he wanted to leave.

But we ended up going to Bhagwan’s commune in the United States, emigrating was an entirely different experience I have to say. For a while we lived in rooms in shared houses with other sannyasins, but we still wore the orange, even in schools before we got to the commune. For the actual commune experience in the US, I was 13 at the time, but already pretty self reliant. I remember going to school half days, and working part of the day answering phones and stuff. There weren’t many luxuries that we could afford, so we lived modestly within the commune system.

We weren’t quite true renunciates in the Hindu sannyasin style. There was plenty of sex in the commune, everyone had a little cabin to sleep in, and we didn’t have time to sit by the river and contemplate. Commune life includes a lot of hard work, but you did get to leave behind a lot of other things like a lot of personal possessions — cars for instance were nearly all owned by the commune — there were free bus rides, there was a shared free library, you could pick up new clothes if you needed them for free, it was a whole new way of living.

So I would argue that for my father and mother it was a way of renouncing, breaking with the larger world, getting away from the stifling christianity in the Netherlands. I just kind of grew up in this, in a deeply spiritual surrounding. 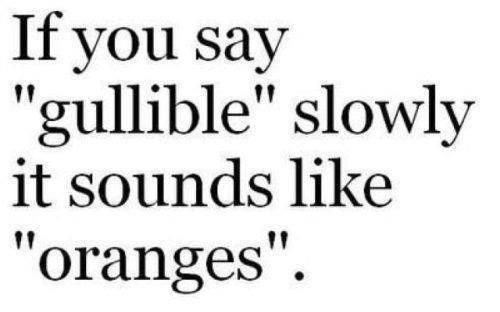 “If you want a chicken to be a duck, and a duck to be a chicken, then you will suffer.”

Re: Wim Hof - Feel the Cold and do it Anyway

I'm building up. On the final round of breathing, I let the breath out and held for 2 minutes 3 seconds, and held my breath for 1 minute 55. You know, on paper, it doesn't look like much, but I then held the plank position - third time of ever doing it - for 1 minute 49 seconds.

@David, for the completely uninitiated he recommends starting cold showers for 5 seconds and incrementing by 5 seconds every day. 5 seconds sounds a measly amount, but when you first begin doing this, it's the longest 5 seconds you'll ever know.

As we know, each of us is always right about everything … oh wait … I'm not.

As we begin to realise our opinions, impediments and attachment to selfish (or in my case shellfish) centrism is not so middle way balanced … oops …

How to break free? To hereHear:

O how sweet it is to enjoy life, Living in honesty and strength! And wisdom is sweet, And freedom.
Buddha

“Learning to let go should be learned before learning to get. Life should be touched, not strangled. You’ve got to relax, let it happen at times, and at others move forward with it.”
― Ray Bradbury
https://www.goodreads.com/quotes/tag/buddhism

Re: What if Westerners had learned one Noble Truth that is made up of four parts?

I seem to have heard (where? exactly) that Buddha says he taught suffering and the end to suffering. But that isn't the same as to say that everything we perceive/experience is suffering.

Recently listened in on a talk where a Lama says that this cessation of suffering there isn't really a word for it. "peace" is a pointer to the moon but it is something that one should look into for themselves rather than say it is so because they're supposed to say it ...as I'm doing now I suppose.

A more technical word than "peace" would be nisprapancaya but I haven't read up on that so much to explain/understand. Actually I could only find a Hindu sort of reference to nisprapancaya https://en.wikipedia.org/wiki/Nishprapanchaya. But nis refers to "not" and a Buddhist sense of prapanca is https://en.wikipedia.org/wiki/Conceptual_proliferation

The last sentence I keep struggling with.

Thay says that it is an error to have suffering as a dharma seal and to interpret the 1st NT as everything or life itself is suffering.