It ain't all Dukkha

However the fleeting moments, like my FisherKing friend below pictured last week are momentary fun ... 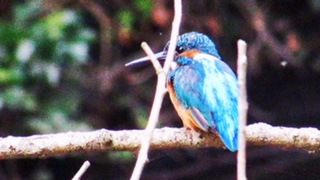 What/where is your fleeting joy of impermanence?