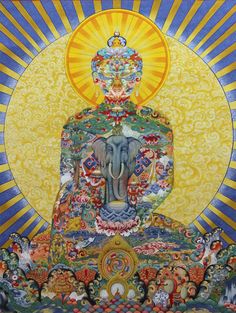 As an un-Buddhist/X-Buddhist/unbeliever etc. I may be a Buddhist. There is nothing wrong with that. After all finding out where we are wrong is a practice in empathy. You mean we missed world empathy day yesterday? Surely some mistake ...

Where have you gone wrong and found the stream/path again?

For me it is in undervaluing the voices of the unreasonable. Come to think of it I may be one of them ...

Come, come, whoever you are!
If you are an unbeliever, an idolater or a fire worshipper: it matters not.
Our dargah is not a place of despair.
Come, even if you have broken your vows a hundred times!
Come, come again!
Bodhi Rumi
http://sufi-tavern.com/sufi-stories/self-mastery/

Maybe we are just naturally all over the path? Back and forth as in the zennith mahamudra and consumerist dzogchen @how mentions in the next post ... ?