Socialist ? Or Communist? Or somewhere in between ?

Well yesterday was the first day of early voting in Aotearoa's (NZ) coming elections which is on the 17th Oct....Under the MMP system I gave my Party vote Labour and Electorate vote Green.....I'm comfortable with their commitment to the people and the environment and not to the bidding of big business...

When it comes to political parties none are perfect, mistakes are made... but in my case it's better the devil I know, at least Labour & Greens have a record of making an effort to do the right thing, they are also more open and accepting of change & diversity...(I guess one could say "Right View" )....

Would you say Buddhist ethos leans more towards Socialism ? Communism ? Capitalism ? Or somewhere in between ? 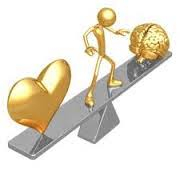